okay, i really need to stop with this whole ruffle madness.  as you probably know, i love ruffles, and i just counted how many ruffled clothes i have and guess the number—-52!!! i even have 5 ruffled swimsuits! this is getting ridiculous so i vow to not buy or make anymore ruffles! that’s it! we’re done!
well, after this DIY project that is. he.he.he.  but hey this is my 52nd and my last! (i vow to try my hardest but no guarantees :p) i loved this dress when i saw it but they only had bigger sizes in stock, not to mention it’s a one shoulder strap dress.  so i bought it anyway and altered/modestified it.
before:﻿ 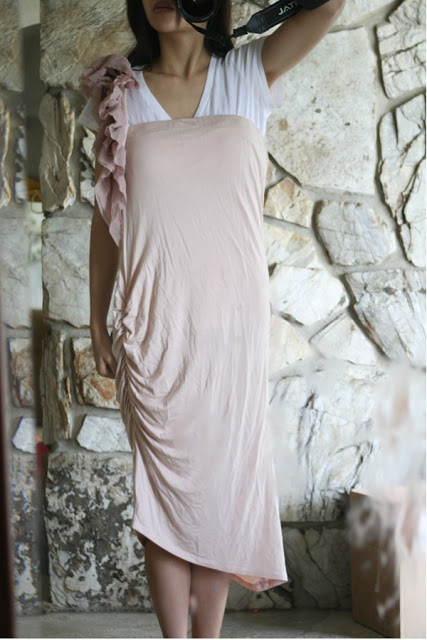 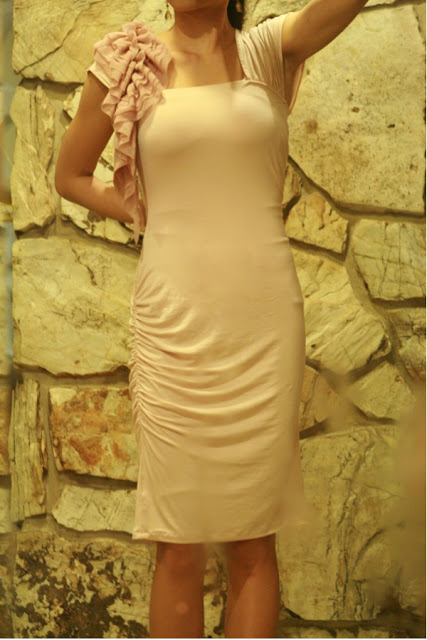 i only had to cut off and sew one side of the dress since it’s a tube top and i also cut off the bottom length. (if you notice the before picture it’s a slanted assymetrical length but now it’s symmetrical) and with the extra fabric i cut off, i added the sleeves on both sides.  it’s basically a long rectangle and you bunch up one side in the front of the dress and bunch up the other side in the back and sew.  i did the same for the ruffled shoulder, just a smaller rectangle and i sewed the sleeves under the strap.
then we went to our friends wedding.

such a cute, happy couple! and the bride looked beautiful. 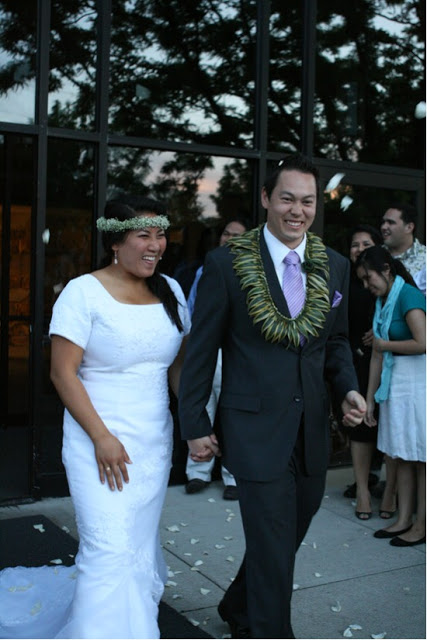 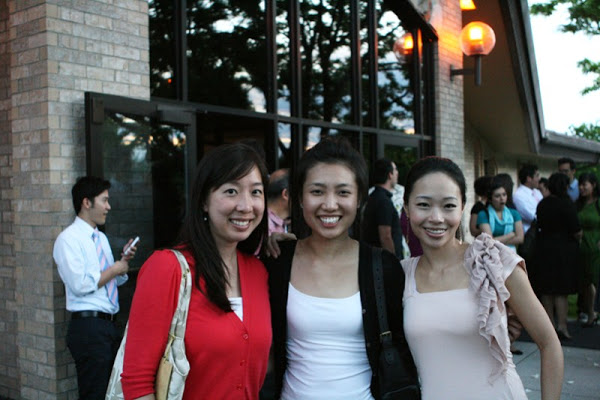 adi: “mom, when am i going to get married?”
me: “when you get older and find a boy you love.”
adi: “but i already have my prince!”
me: “uh…who?”
adi: “daddy! so when can i marry him?”
me: “NEVER, you cannot marry him, he’s mine! i’ve already married him, so bad, so sad.”
okay…so i didn’t say the last line but the rest is all true story. 😉
oh and speaking of prince, there’s this king’s daddy-daughter grand ball i’ve been trying to get jay to take adi and ana to.  the prince dresses up in his tux and the princesses in their fancy dresses and eat treats and learn & practice special dances in a castle-like ballroom.  HAHAHAHAHA, am i the only one that finds this hilarious? i mean it’s such a cute idea and my girls would love it but really? what about those poor dads! can you just imagine a bunch of dads in their best suit with their male testosterones flying across the room while they munch on special treats and practice some special dances in a castle of magic and wonder? jay says no way he’s going so i’ve been telling adi to say to daddy, “but this is my dream come true, daddy! it’s all i want for my birthday! are you going to crush a 3 yr. old girl’s dream?” but it’s not working yet.  but oh how i wish jay would take our girls to it so that i can spy on them and take plethora of pictures to blackmail him later.