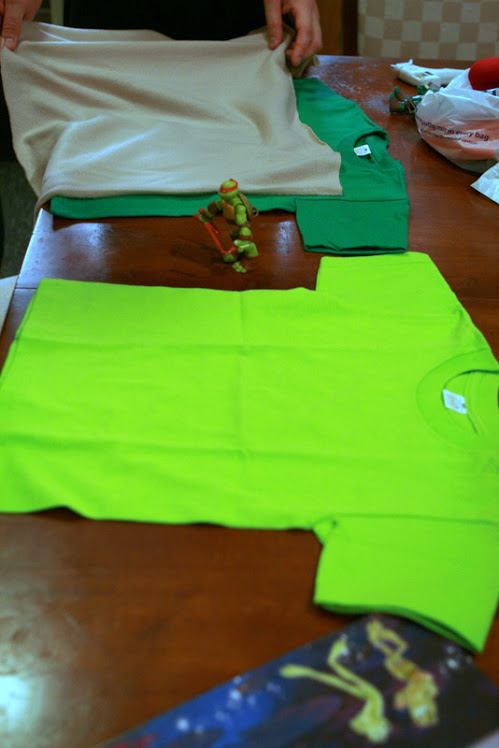 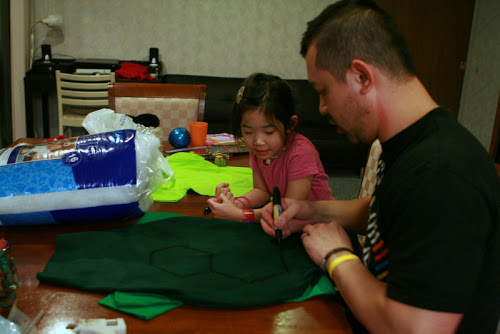 Ever since Jay showed the girls an episode of Ninja Turtles, one of his favorite shows he watched when he was a little boy, the girls have been obsessed.  So Jay went shopping with the girls to the fabric store and got his crafty skills out to make them a Ninja Turtle costume. 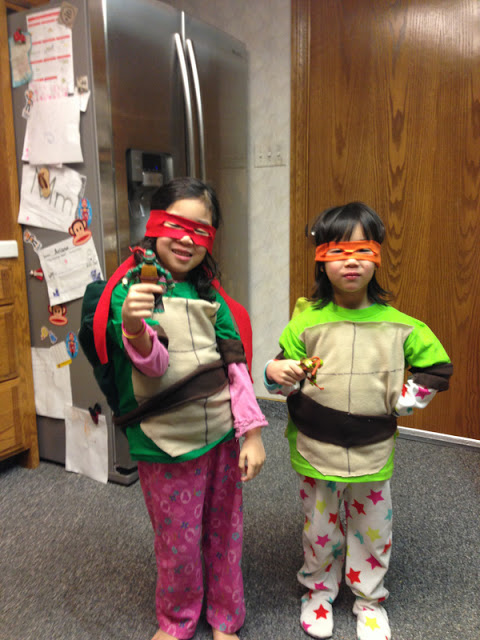 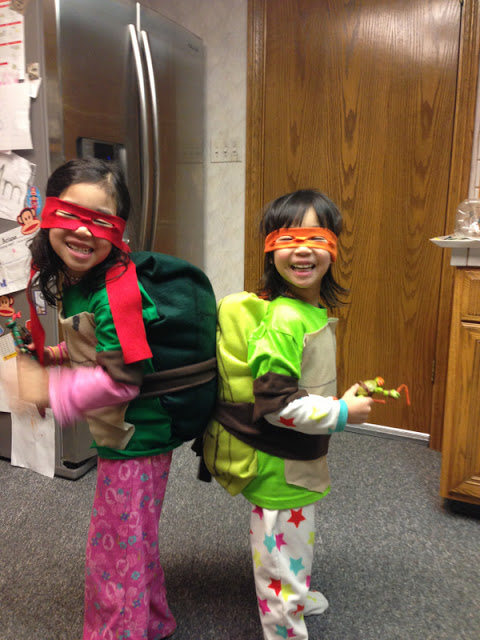 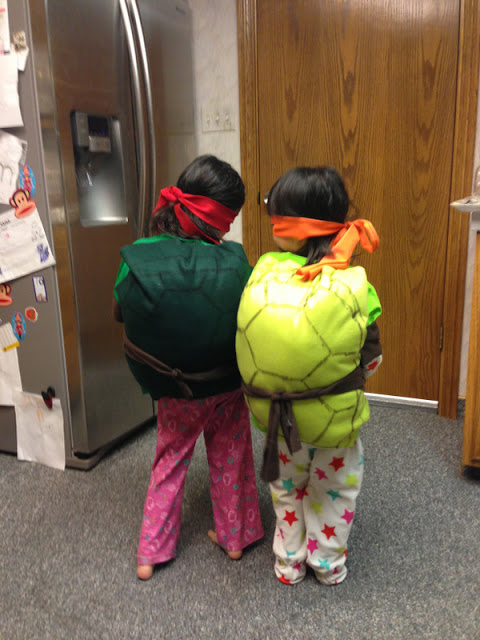 He’s had some experience making the Ninja Turtle costume before, when he won the best overall group costume at our Single’s ward Halloween party back in 2006.  He came up with the costumes and made all of them using a hot glue gun!  I think he just wanted an excuse to wear those green tights if you ask me. 😉

**This is Jay and I just wanted to clarify that Sarah failed to mention that she was also in that same 2006 Halloween Costume Party with her group of friends as Snow White and the 7 dwarfs and we actually beat their costumes for best group costume! And yes, real men wear tights! COWABUNGA DUDE!!! 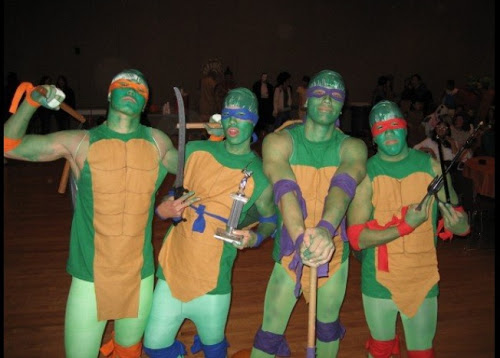