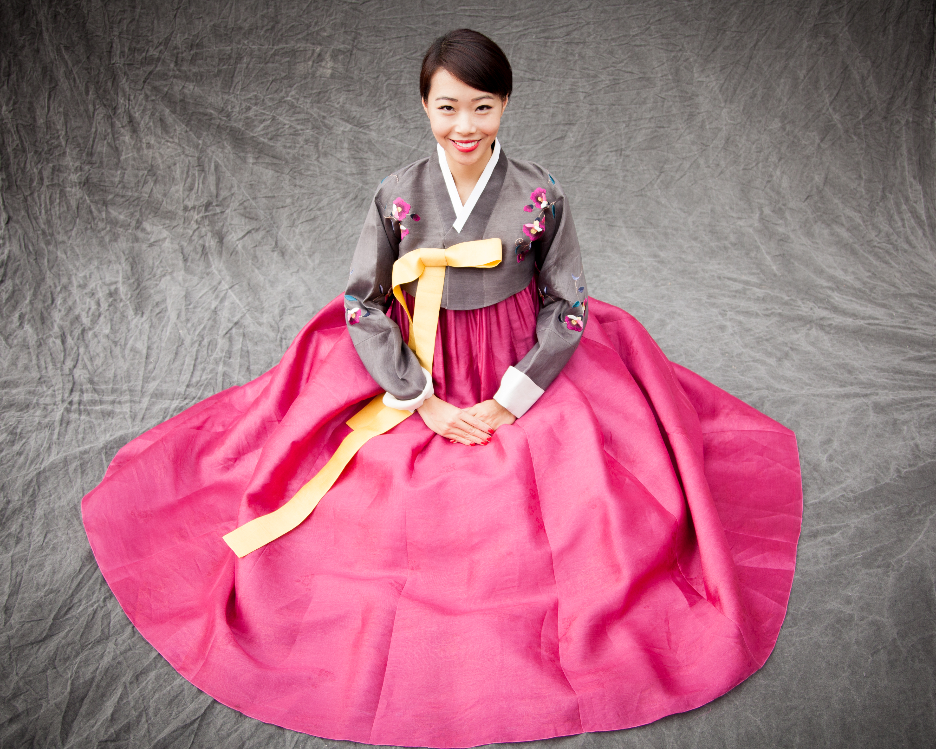 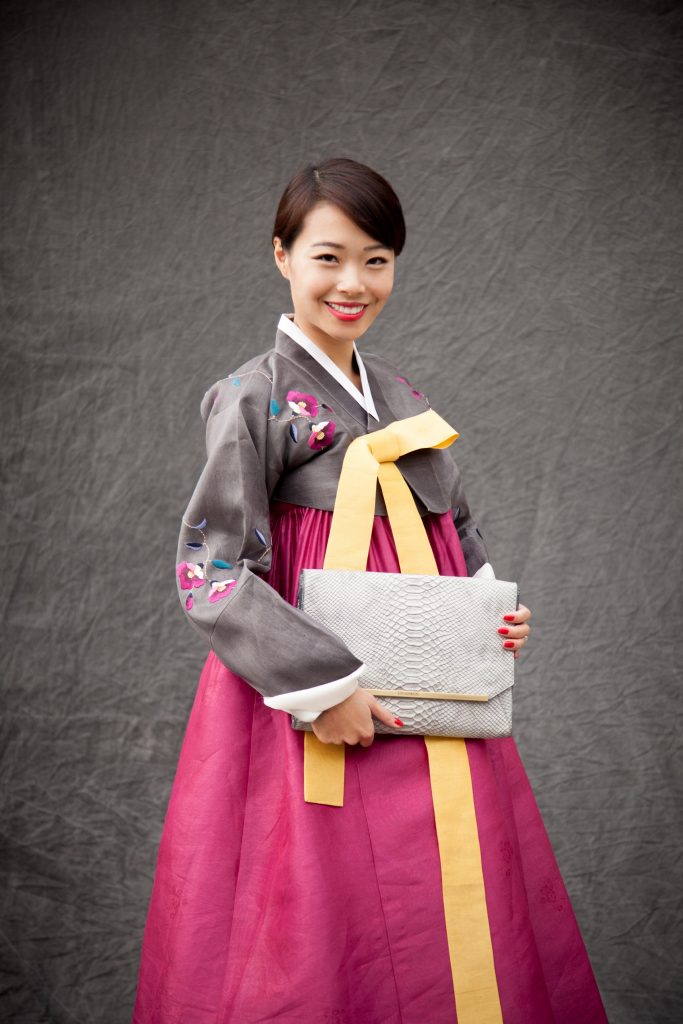 Remember these photos from my shoot for the Brahmin Holiday catalog? I thought they seemed fitting for this post. 😉

Also, notice my curled up toes? HAHAHA. I did not notice it until just now! Just pretend you didn’t see that, mmmkay?

I posted on my IG story two days ago about an ignorant comment I received when I took my daughter on a mother daughter date and got many comments about it. And a few asked to share more stories so I will!

I am a little nervous that some people will call me a hater(perhaps a Utah hater? Because I was labeled a “hater” a few months ago, and I don’t want that to happen again).

When I receive these comments, I am not angry or offended, I’m just in shock at how ignorant some people can be and how they should become more cultured. Most of these people are not trying to be mean, they really want to know where I am from and they are saying it without knowing it could be offensive so it doesn’t bother me too much, but then again I have super thick skin and things don’t get to me easily.

But people I know have told me they get pretty offended or hurt when it happens.

So the reason why you should never ask, “Where are you from?” to people who are non-white, even with good intentions, is because you are implying that they don’t originally belong here. That somehow they are the outcast. Read the 3rd story to see what question you can ask instead.

So two days ago I went to get ice-cream with my daughter and when I handed over my credit card to the cashier, he(a man in his 40’s) looked at my name on the card and we had this conversation.

Man: “Is Sarah your real name?”

Man: (laughing) “Well, just some Chinese people have these BEAUTIFUL Chinese names but then they just make up some American name for themselves instead and I am like, why don’t you go by your real name?”

Me: (fake smiling) “Haha, no. Sarah is my real name. I am an American, I was born here. And my ethnicity is Korean.”

Last year at our church, a husband and a wife in their early 30’s moved to our neighborhood and the husband came up to Jay after church.

Man: “Hi, my name is Joshua(name changed). What is your name?”

And I can’t recall how many times people ask me at the post office, the mall, at restaurants, etc.:

“Where are you from?”

What I am thinking is: “What do you mean where am I from? This can’t go right either way, either you are telling me my English isn’t very good and I have some kind of an accent and sound foreign, or you are ignorant. I mean, you and your ancestors are not originally from America either, where are YOU from?”

What I do say: “I am from Utah. But my parents are from Korea.”

When it’s cute old grandmas and grandpas asking me, genuinely wanting to know what nationality I am, bless their sweet hearts. But when it’s young people who should know better than asking these questions, I am sorry, but it makes you look very uneducated and uncultured. The question you should ask instead is,

“What ethnicity are you?”, “What ancestry are you?” these are totally acceptable questions and no one would be offended by that!

I have been screamed “CHINK!” while walking on the sidewalk with my white friends when I was 12.

My nickname was “Choi-sauce(Choi is my maiden name)” all throughout High School, made up by my best friends, mind you, which didn’t offend me when they called me by that name because for them, it was a term of endearment but then it got picked up by everyone at school and everyone called me Choi-sauce instead of Sarah. I would have rather been called by my real name but it wasn’t a big enough deal for me to say anything.

I get the occasional, “Your English is so good! You don’t even have an accent!”, or “You hardly have any accent?”

Wait… so you are saying I do have a slight accent? I should not have an accent because I was born here, so if you are hearing an accent, it must be that your ignorance is louder than your hearing.

Several times people in HS(even my best friends) would say, “CHONG, CHING, DONG, CHUNG CHUNG, CHING CHING CHING, CHONG WA! What did I just say in Korean/Did you understand what I just said/Now, translate for me!”

A boy in HS asked me to put my finger diagonally across the bridge of my nose to see if I my finger would touch my eyelids since my nose bridge is lower.

Someone asked me if to see really well, do I need to open my eyes as big as I can.

My friends asked me how I can see when my eyelashes are curved down and how I can look through all the black hairs.

A few years ago we were sitting in the audience watching our two girls at their dance recital when a lady sitting right in front of us turned to me and said,

Lady: “Where are you from?”

Me: “I am from here. But my parents are from Korea.”

Lady: “Is that your real name?”

Lady: “Hmm, funny. Like 3 years ago my cousin adopted a little boy from China and he named him John! Isn’t that so funny? Why didn’t he name him something like CHING CHONG CHONG? (she was totally serious)

Lady: (feeling uncomfortable) “I think Koreans are the most beautiful race in the world.”

I have some other stories, some are from little kids, which doesn’t even bother me one bit because they’re just cute little innocent children. Like one time my girls had a friend over for a play-date when they were about 4-5 yrs. old,

Girl: “Why do you live here? Why don’t you live in China?”

Me: “Hahaha, I am not Chinese, I am Korean. But I live here because all of my family lives here and I was born here!”

But the best/worst story of all happened to my husband two years ago. I posted a condensed version of this story on my IG story on the same day as the ice-cream story but deleted it soon after since I didn’t ask Jay if it was okay to share it. But now that I have his permission, I can share it with you.

Jay was driving home after work on his scooter, right on Center street and University Ave. in downtown Provo when he was stopped at a red light. He didn’t cut anyone off, didn’t pass any other cars onto their lane, he was just minding his own business, waiting for the red light to turn green so he could go home to his family. *warning: inappropriate words ahead.

“HEY CHINK! Where are you going in that pussy scooter?”

“I SAID! Where are you going in that pussy scooter of yours?”

At first Jay was really shocked and decided to just ignore them, that they weren’t worth his time. But when they yelled out those derogatory words to him the 3rd time, he turned to them and said,

“Going to your mom’s house.”

Man(in their early 20’s): “Hahaha, the only thing common between you and my mom is you both have pussies!”

The light finally turns green and Jay is relieved. He thought it was over, but boy, was he wrong! Right before the car drives off, the passenger from the car leans out of the window and spits a huge wad of saliva that lands right on Jay’s sunglasses and cheeks.

Jay says he blacked out from that moment on because he was so furious. The car sped off and Jay’s only focus turned to catching up to that car. He drove between the two lanes, driving in between cars to get to the car and after a couple of lights, the car was stopped on a red light and Jay was able to catch up to them. The two guys had no idea Jay was chasing them, probably thinking Jay was way far back in his “pussy” scooter, so when Jay stopped his scooter right next to the passenger window, the guys looked in shock, but more in shock when Jay stood up and they saw how big he was. I mean, come on! He’s one of the biggest Asian men you’ll see who looks like a football player, and you decide to pick on him? But then again, you are not that bright so I’m not surprised.

Then Jay grabbed the guy’s shirt to lift him up and punched him in the face which made the guy’s hat and his sunglasses come off. Jay said to them, “Pull over right now. Pull over.” And Jay pulled over to wait for them but of course the two guys sped off super fast. And for the next 2 weeks, Jay waited at that same light on the side of the road and looked for these men but he never saw them. He regrets not getting their license plate number and wishes he had reported them to the Police instead of punching the guy.

When he called me and said, “Sarah, don’t get mad at me, okay? But I just punched someone.” and told me the whole story, I said to him, “Good! Did you punch him super hard? I hope you broke his nose!” He said he couldn’t punch as hard as he wanted since he was still leaned on the scooter and didn’t have as much momentum with his arm. What a bummer. If I was with him, I think I would have punched him too, which would have been my first, and so worth it.

So there you go. I will finish with this video.

I know these things happen not just in Utah and if you are a minority like me, you must have some stories too. So spill the beans, I’d love to hear them!

*UPDATE: Just so you know, I love Utah and the people in Utah. There are soooooo many more good and kind people here. Some of the most amazing people I know are from here and ask my husband, I am a very white-washed Korean and I am proud of it. But some good, kind people can be ignorant without knowing it, thus the point of my video which is to raise awareness because once people know better, they do better. I apologize that I didn’t pull out the “silence” card on this matter.