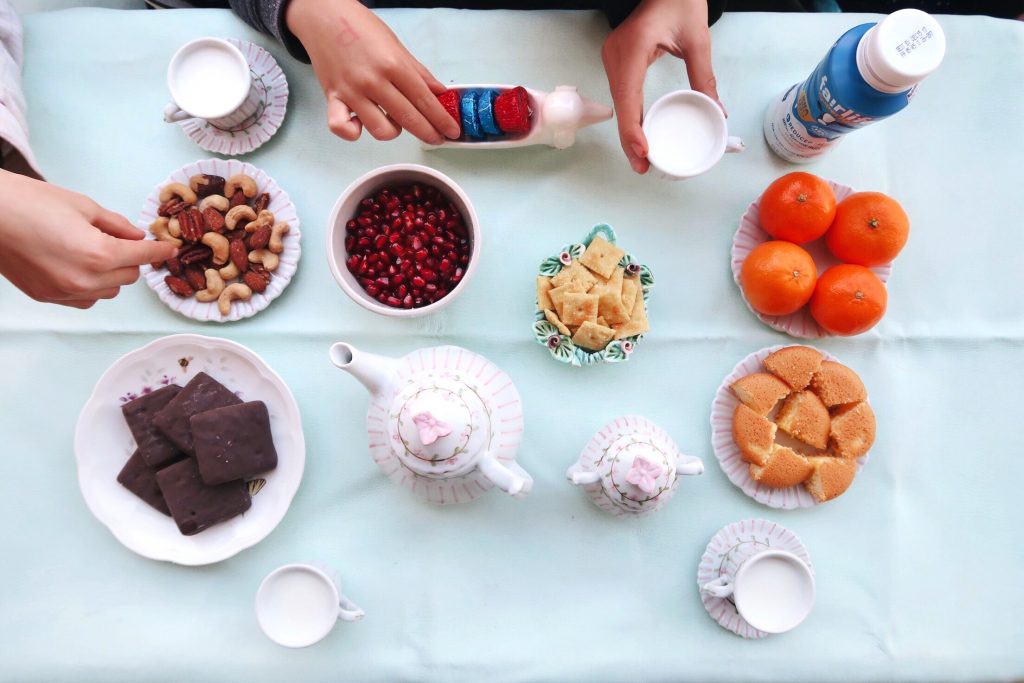 My 4-year old son has the best pick-up lines, so much that I worry sometimes. He’ll say things that are so incredibly smooth and sweet, and way too advanced for his age! He only uses them on me thank goodness but one day he’ll be using it on other girls and that is just something I am not okay with.

When he was 3 yrs. old:
•His friend: “They gave us cookies today at school! They were warm and the best thing ever!”
Son: “But you know what’s better than warm cookies? (pointing to me) YOU!”
•In the middle of eating lunch with me, he turns away from me, folds his arms, closes his eyes and says,
“Dear Heavenly Father. Thank you for sending me my mama, she’s the best mama ever and I don’t want a new mama, ever! Amen.”

And the most recent, today when I picked him up from Preschool, I’m usually not early so by the time I get him, he’s walked down the sidewalk with his classmates but today I was early so I was waiting outside his school as he came out of the building. As soon as he saw me, he kept jumping up exclaiming “Mommy, mommy!” and ran to me and jumped up in my arms to give me a tight squeeze and a kiss on the lips, then a tight squeeze again with his arms tightly around my neck while he said, “Mommy, can you come early like this every day so I get to see you faster? Because if you’re early, I only have to wait one second to see you.”

The sweetest, right? So tell me, is he super smooth for his age? Should I be worried? I hope he never stops(but only with me)!

He’s been asking to have a tea party the past few days so I surprised the kids with an already set-up tea party when they got home from school, using fairlife® DHA to make the tea. I’ve surprised the kids with a tea party once before and it makes them so excited! Since it was super cold, I made hot milk tea which is a tea I grew up drinking in Korea. They have vending machines out on the side of the streets that sell hot coffee or hot tea, I wish they had them here! For only 10 cents, I would order the milk tea and the paper cup plops down, then the hot tea gets poured right into the cup.

So it brings back such nostalgic memories for me and I make it all the time with my kids, they love it too! And it’s so easy to make with only 3 ingredients! 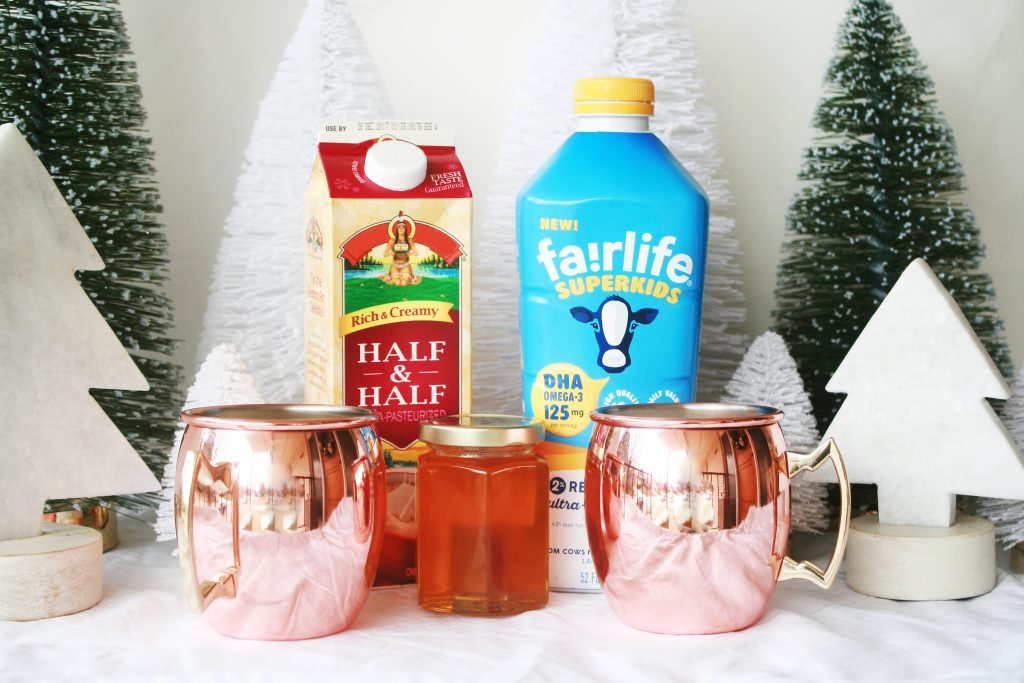 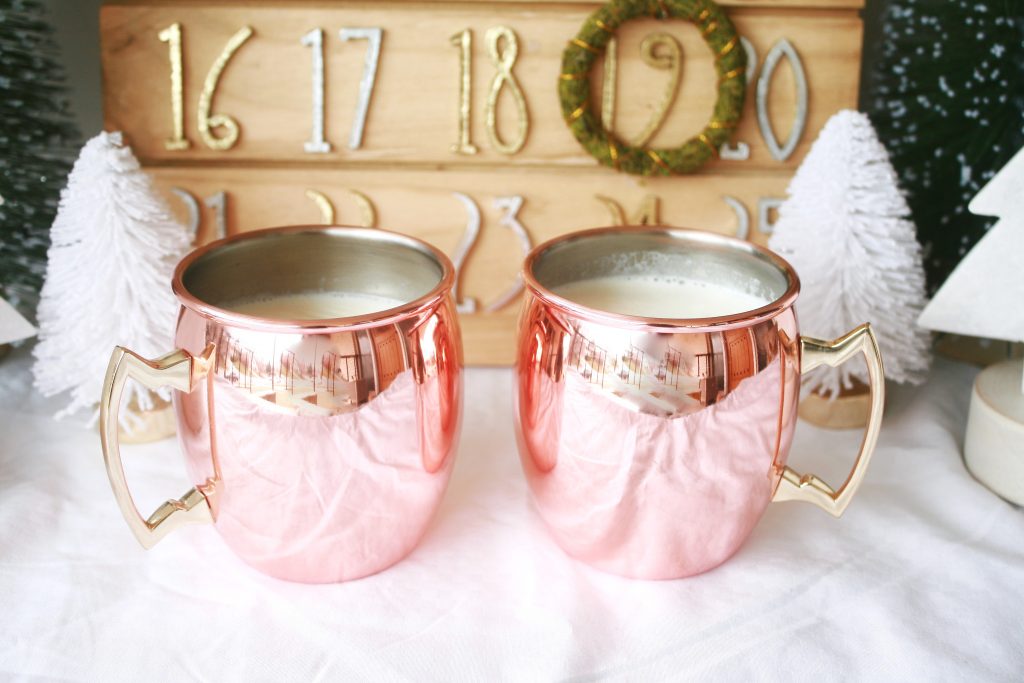 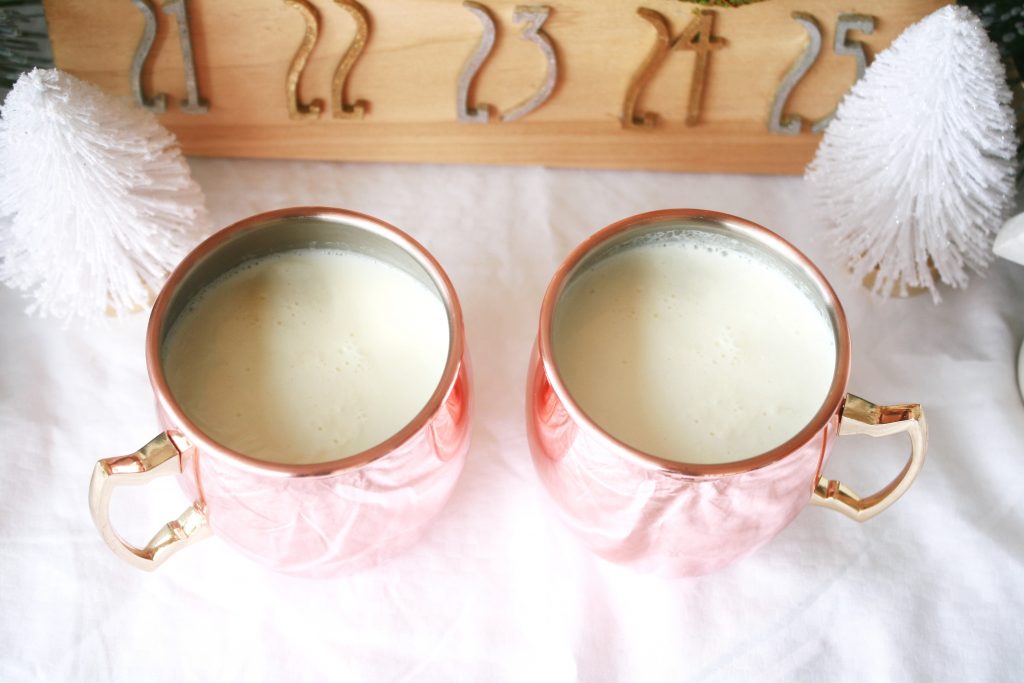 Boil the milk. Make sure it doesn’t boil too long that it boils over. Pour in the cream and the sugar and mix.

I told you it was easy! fairlife DHA tastes better and has better nutrition with 125mg of DHA, 13g of protein, 50% less sugar then ordinary milk, and it’s lactose free. And one cup of fairlife DHA has 35% of the daily value of calcium! I used DHA 2% milk in my recipe, but they also make fairlife DHA Chocolate milk too! Now go make it for your kids, they’ll thank you! 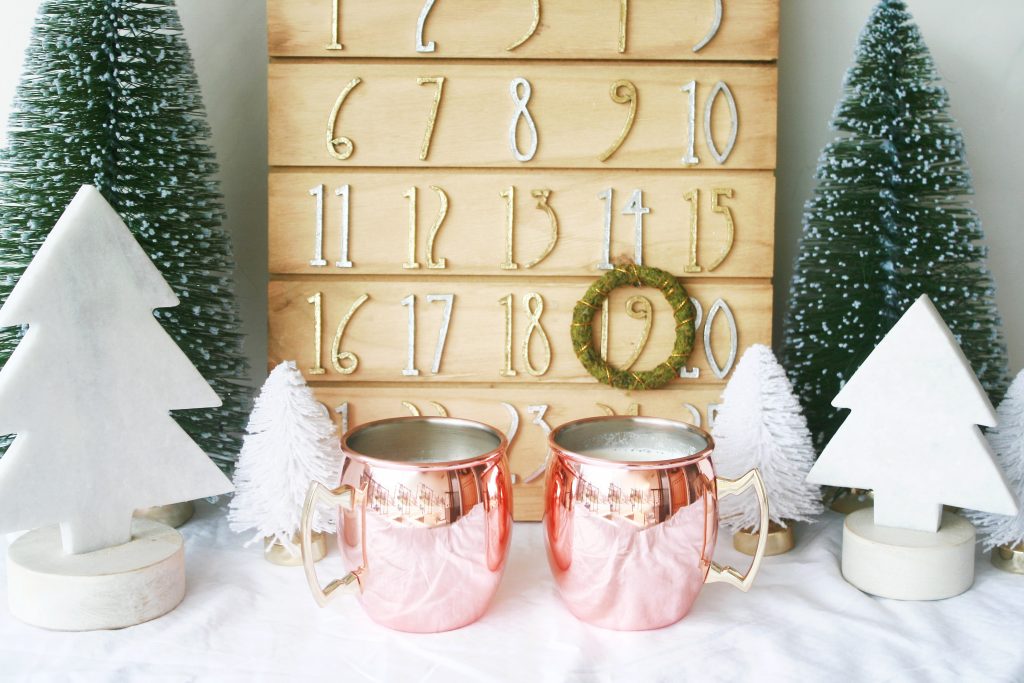