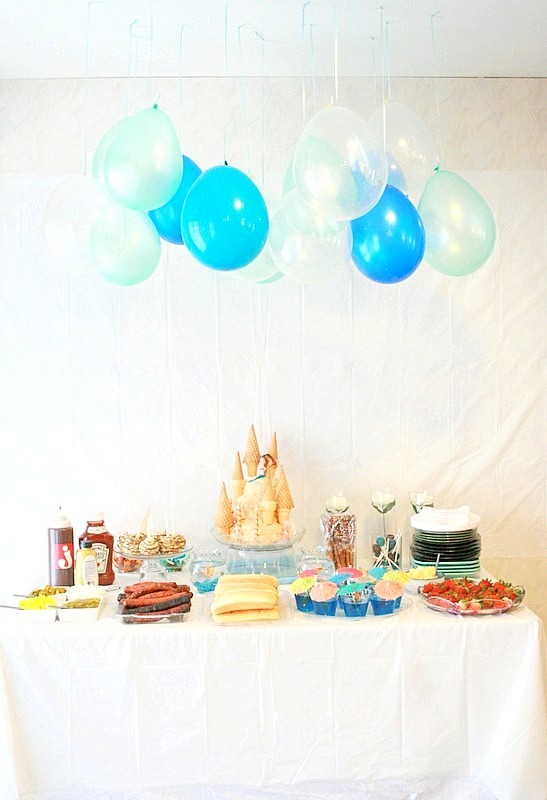 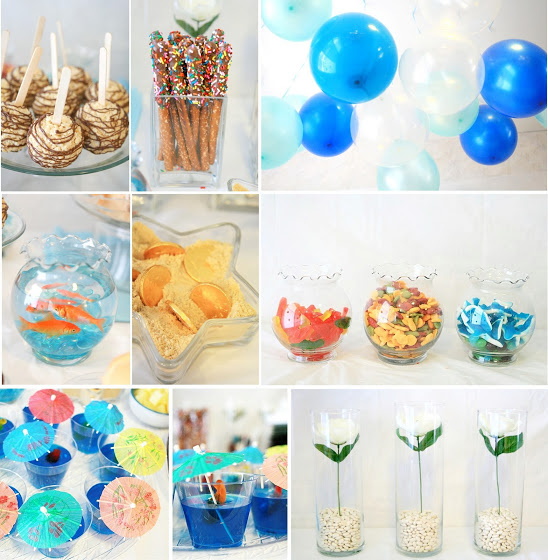 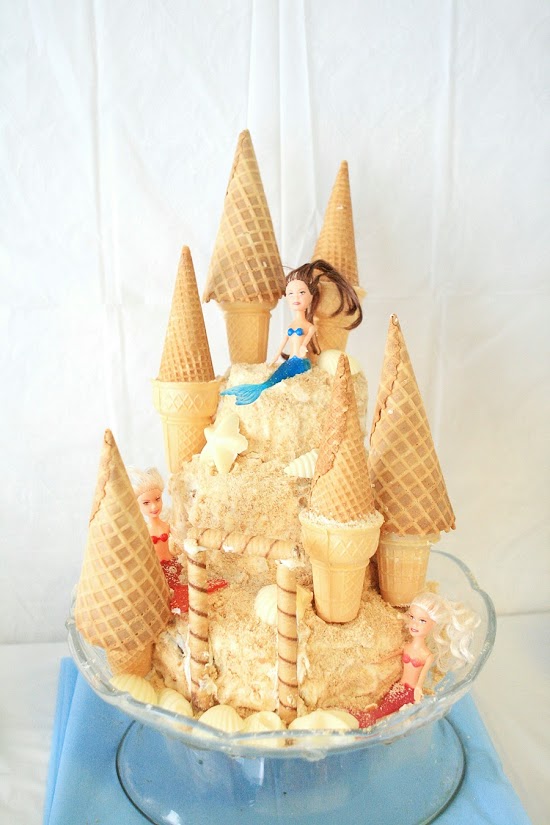 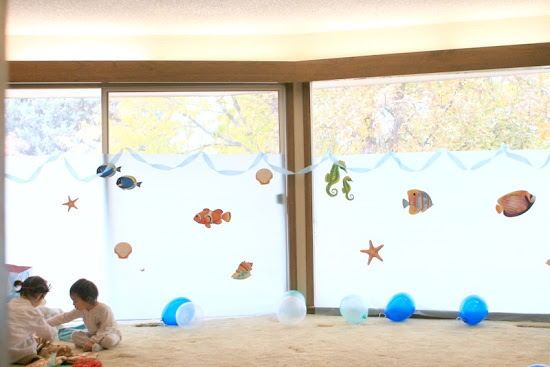 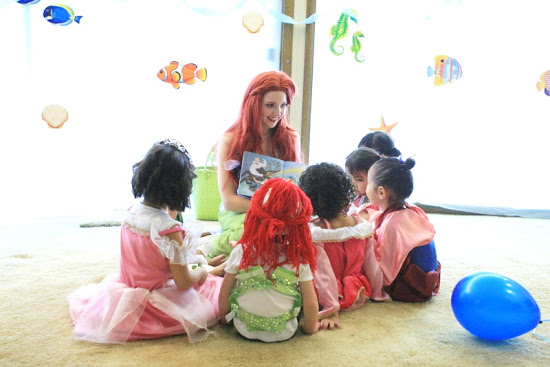 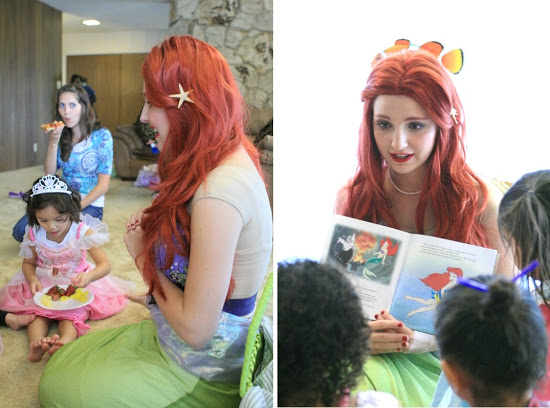 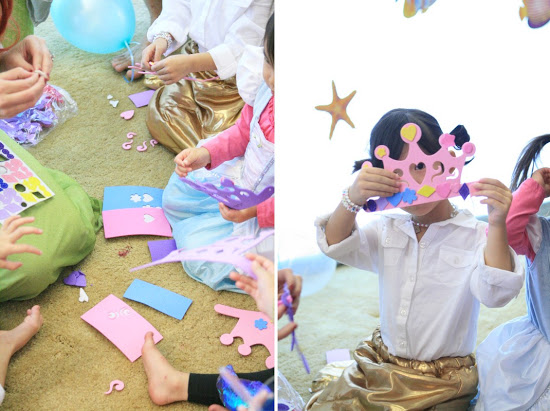 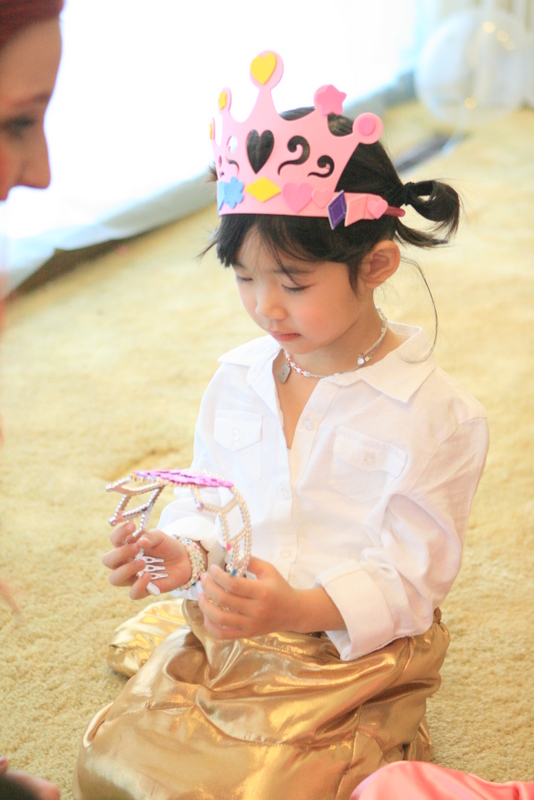 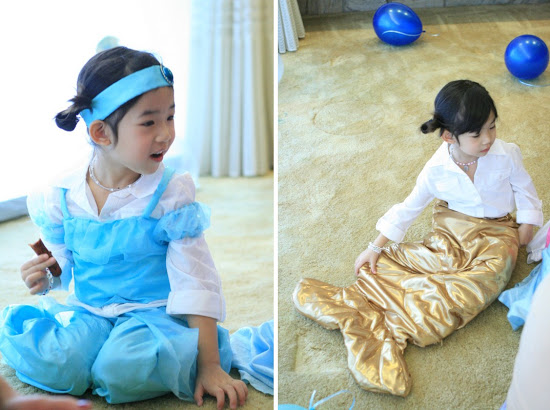 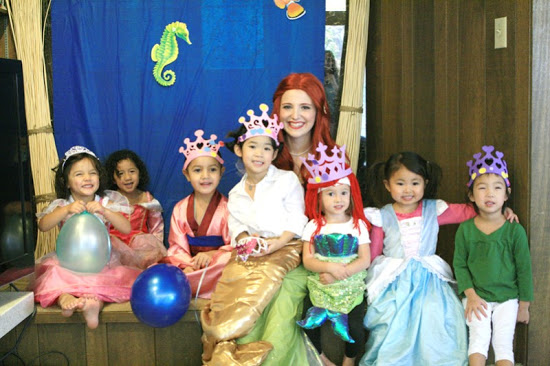 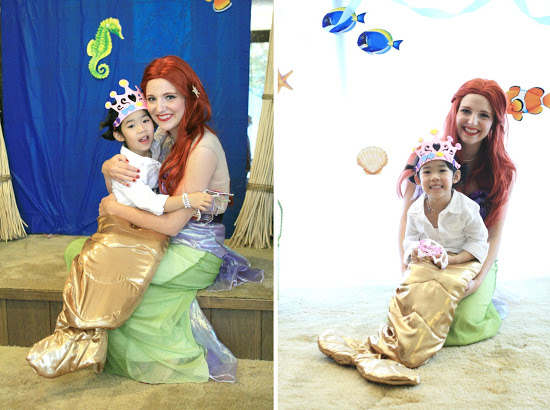 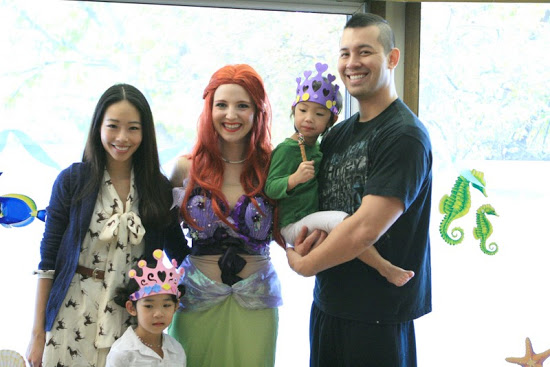 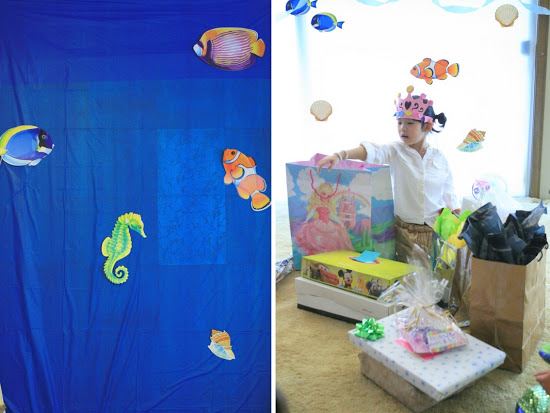 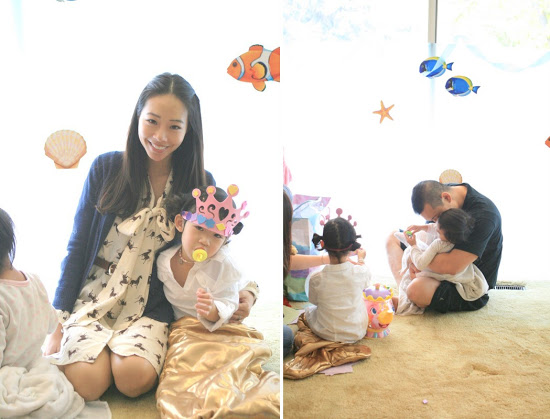 we had adalie’s 4th birthday party over the weekend.  the theme was a “mermaid: under the sea”, requested by the birthday girl herself.  princess ariel came and paid a visit and all the little girls invaded ariel’s personal bubble the whole time from the moment ariel walked into the house until the moment she left.  they just loved her and smothered her all over!  ariel read a story to them, sang some songs, made princess crowns with them, and taught etiquette on how to be a true princess.  one of my favorites moments of the party was when ariel finished the little mermaid storybook and ended with, “and they lived happily ever after.” and one of adalie’s friends yelled out, “just like the three pigs!”  my other favorite moment was seeing adalie hop around in her mermaid fin that she wanted me to make for her birthday.  she refused to take it off and just hopped around as if she was in a potato sack race.  it was pretty darn cute.i think it’s safe to say all the girls had a lot of fun at the party, especially the birthday girl.
*for the treats i used a rice krispies on a stick recipe, dipped pretzel sticks in chocolate and sprinkles, blended graham crackers for the sand and put gold chocolate coins in a star shaped bowl,  made blue raspberry jello and stuck swedish fish in the jello and topped it with an umbrella, and used a towering sand castle cake recipe and added mermaid dolls and white chocolate sea shells and starfish i made using a mold.  and we hired ariel from a party company called pirate & princess parties.