Our girls have been into Power Rangers as of late so it was no surprise when Ana asked for a Power Ranger birthday party.  I’ve always told my daughters that there are no such thing as “girl toys” or “boy toys”, and if you like playing with trucks or tools, go right ahead.  If you like princesses and dolls, go right ahead also.  I tell them to not let anyone tell you what’s weird or appropriate to play with if that’s what you’re interested in. So I was more than happy to plan this birthday party for Ana. 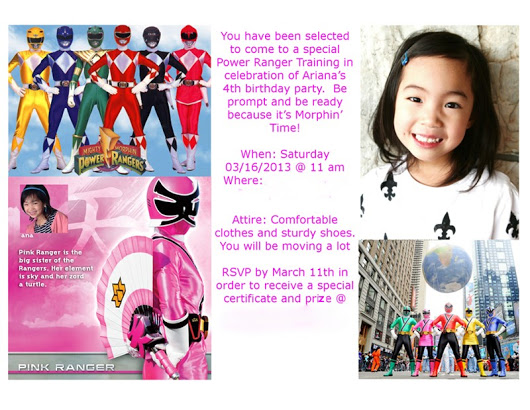 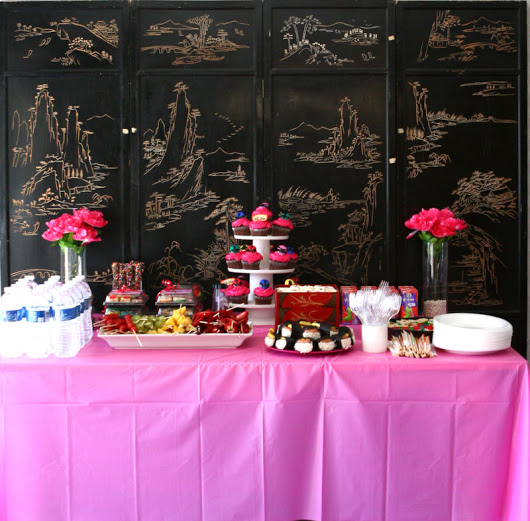 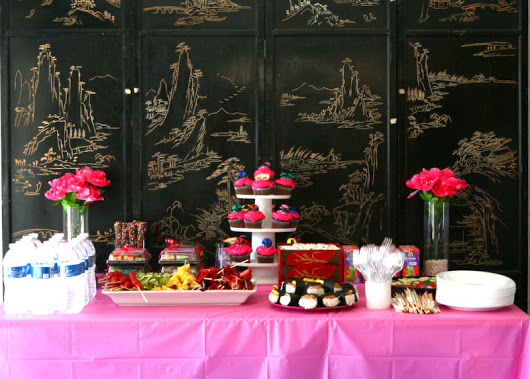 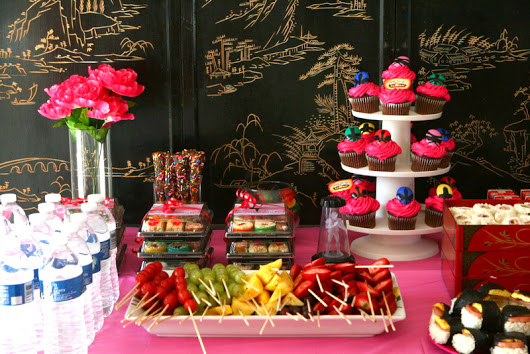 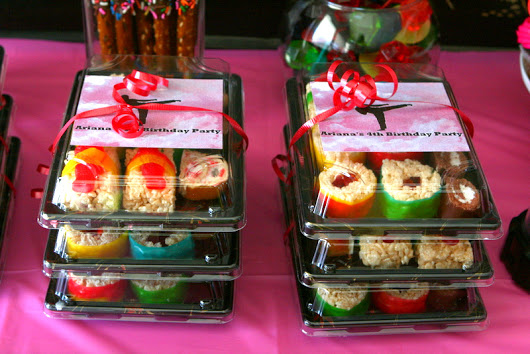 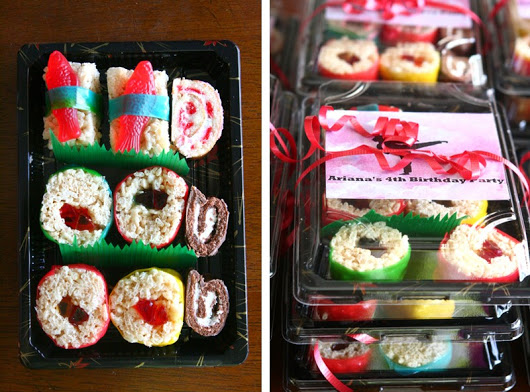 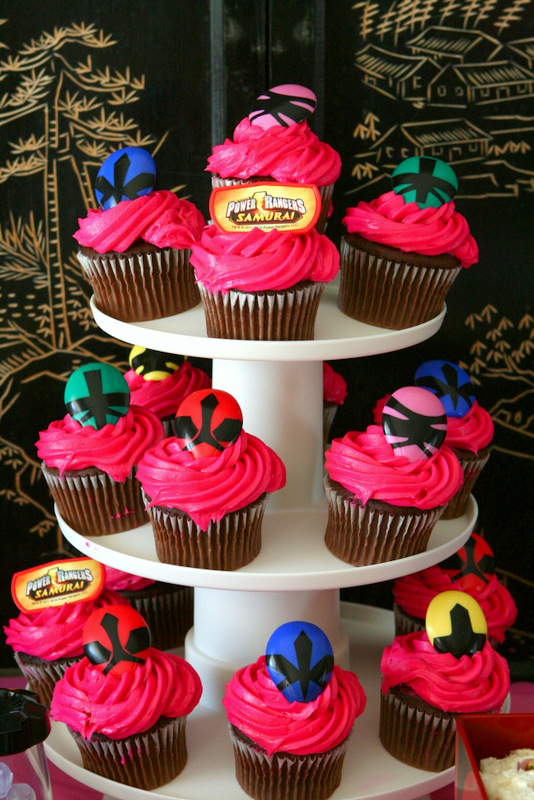 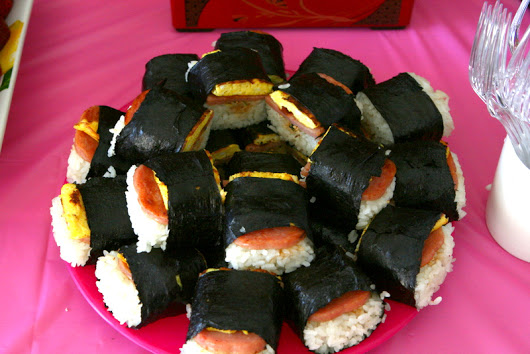 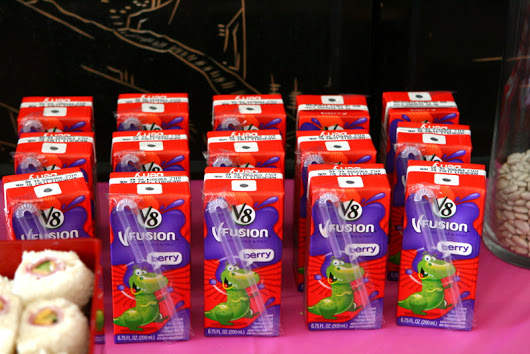 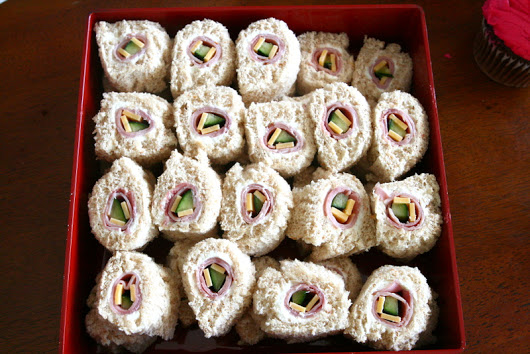 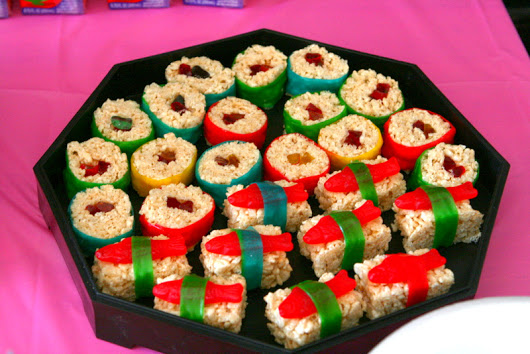 rice krispies sushi on a platter
After everyone ate lunch, we started a Power Ranger training camp.  There were 5 training courses, each course representing a member of the Power Ranger and their strength/talent.   In order to become an official Power Ranger, they had to complete each course. 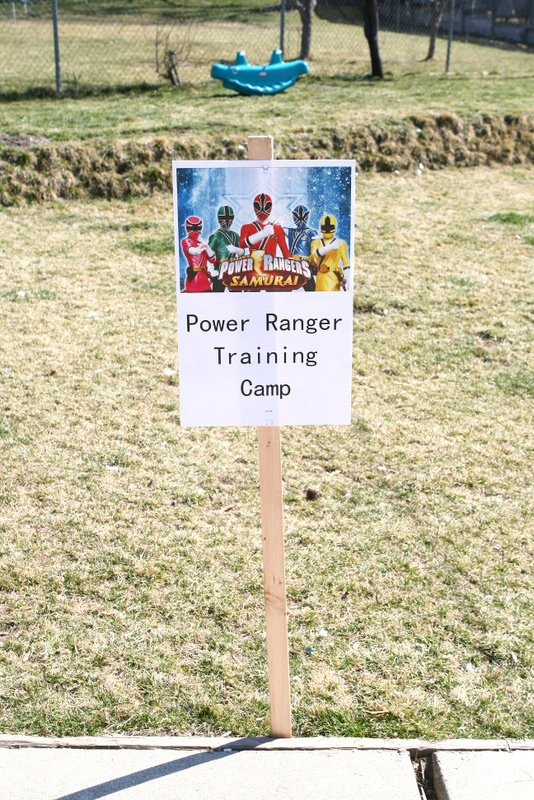 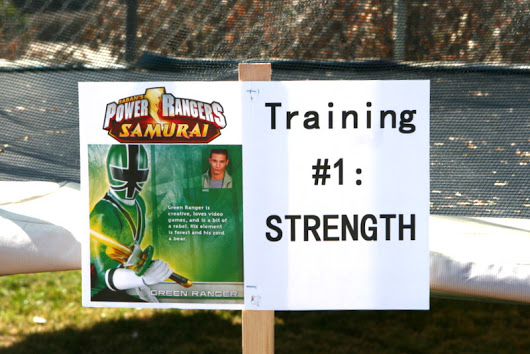 Training course #1 was STRENGTH which is the green Power Ranger, and they had to compete in a tug of war to prove their strength. 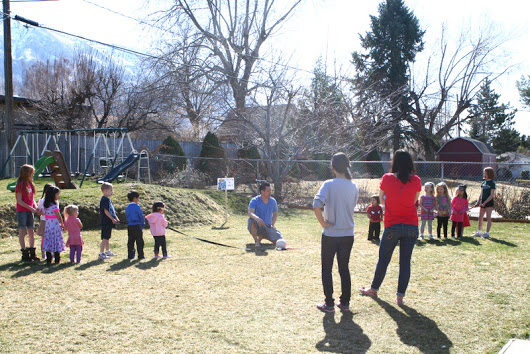 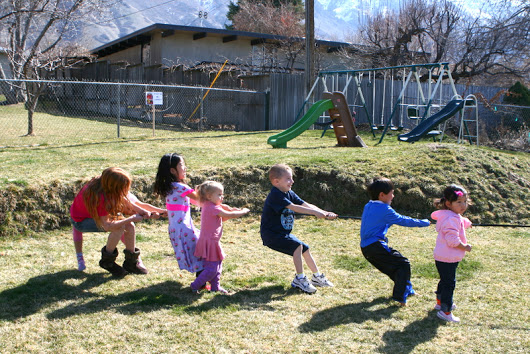 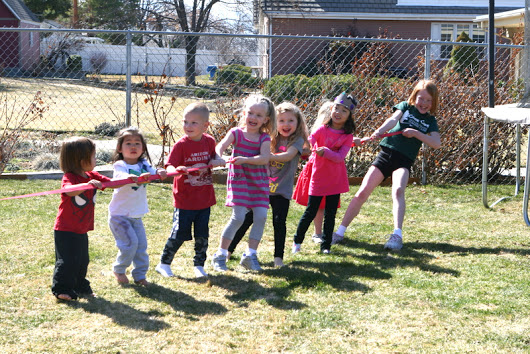 I forgot to take pictures of the next two signs because I was too busy running the party but training #2 was LOYALTY which is the blue Power Ranger, and a bad samurai came to the party to recruit any bad
guys/girls to join his team.  All the trainees had to prove their loyalty and pick which side they were on.  Fortunately, they all picked my side(the good side of course;), and threw water balloons at the bad samurai to chase him away. 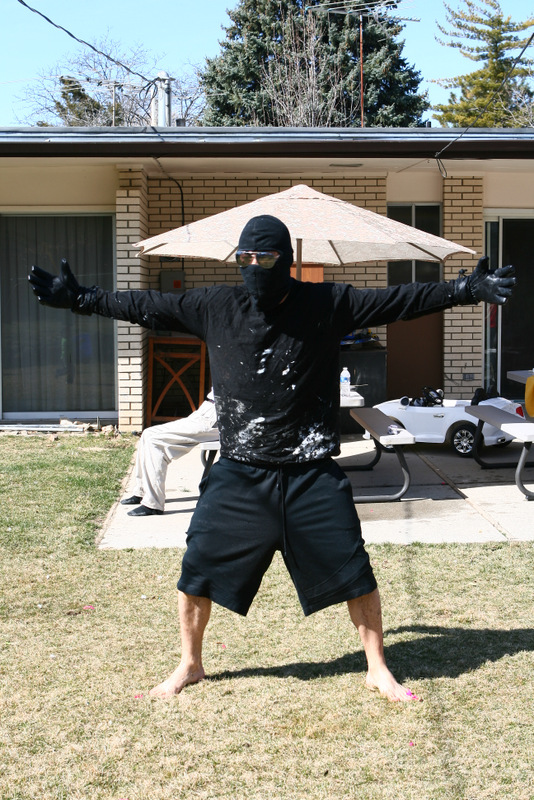 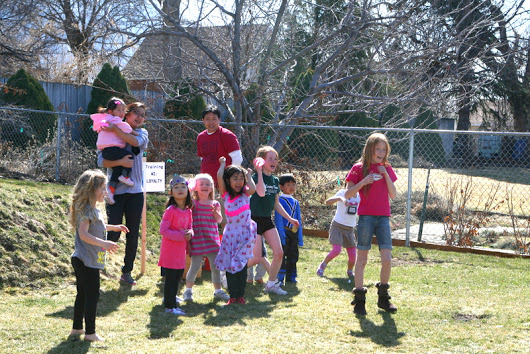 his appearance alone made two little girls cry and they wanted to go home.  oops…. 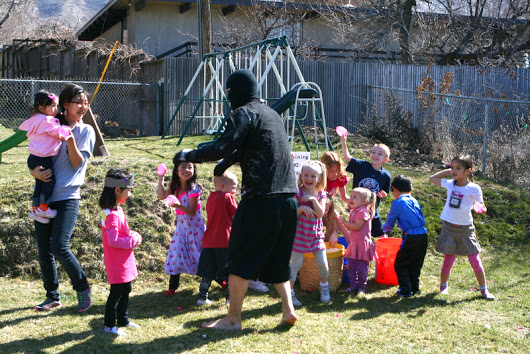 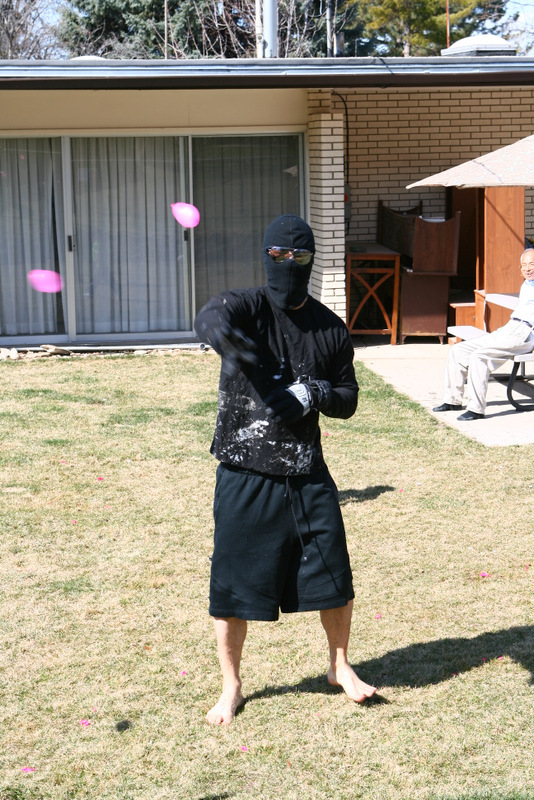 he would catch some of the water balloons and kept throwing them at me! bad samurai! 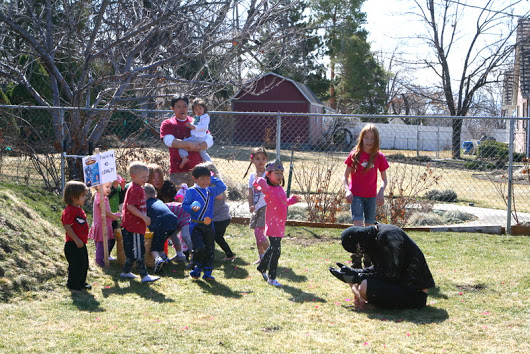 but in the end we conquered.

Training #3 was LEADERSHIP which is the red Power Ranger, and for this game we played Simon Says. 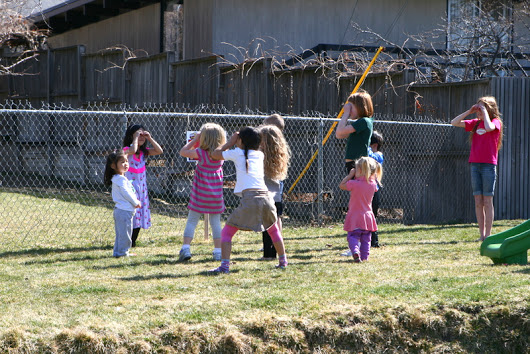 Training #4 was POWER which is the yellow Power Ranger and a sensei came and taught the trainees some karate moves.  He had a little helper too. 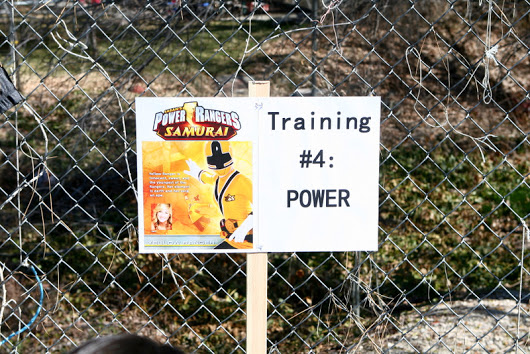 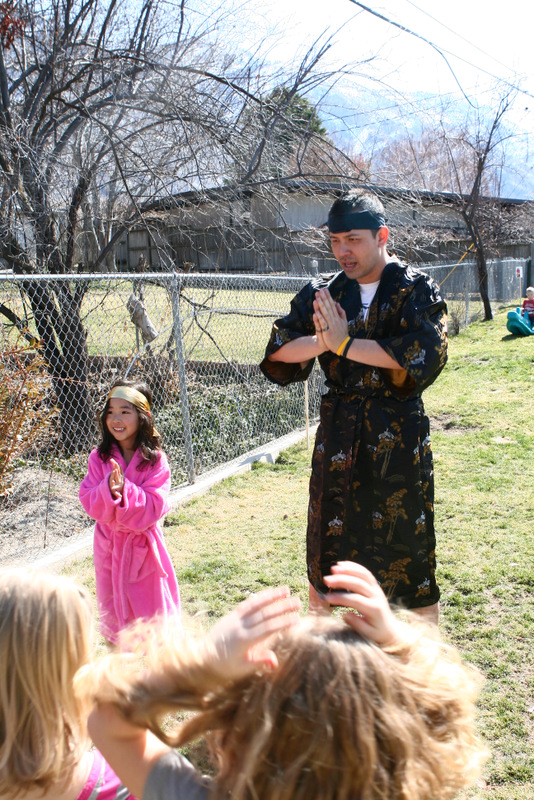 Training #5 was LOVE which is the pink Power Ranger, and not pictured, but for this course they had to complete an obstacle course.  They had to climb under a chair, then grab a ball that was sitting on the chair which they had to kick or hold while they ran to the trampoline.  Once they got to the trampoline, they had to jump as high as they could 10 times, then climb up and down two slides in a row, then run to the kitty pools that were filled with water floating with many “bad guys”.  There was one “good guy” that was drowning in the water and they had to find it and save it by scooping it up with a net. 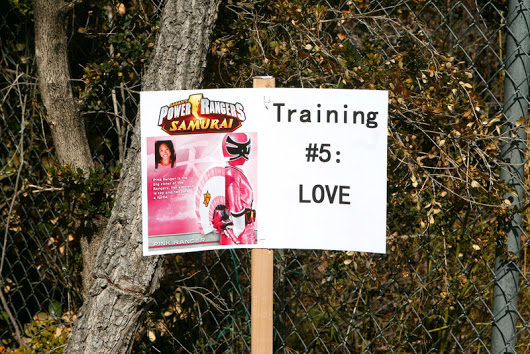 after they completed the training camp, each trainee received a Power Ranger certificate, a sword & a belt. 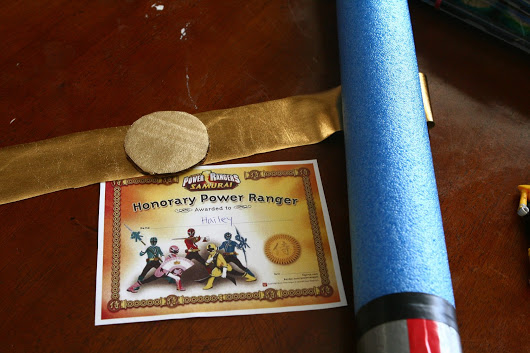 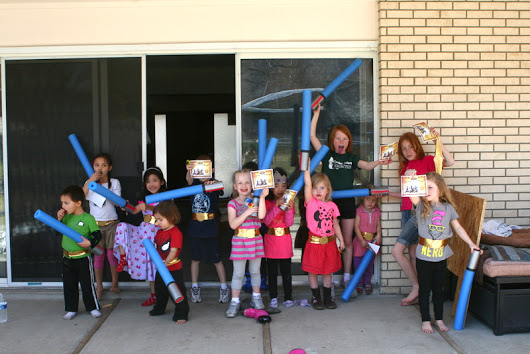 then time for some cupcakes! 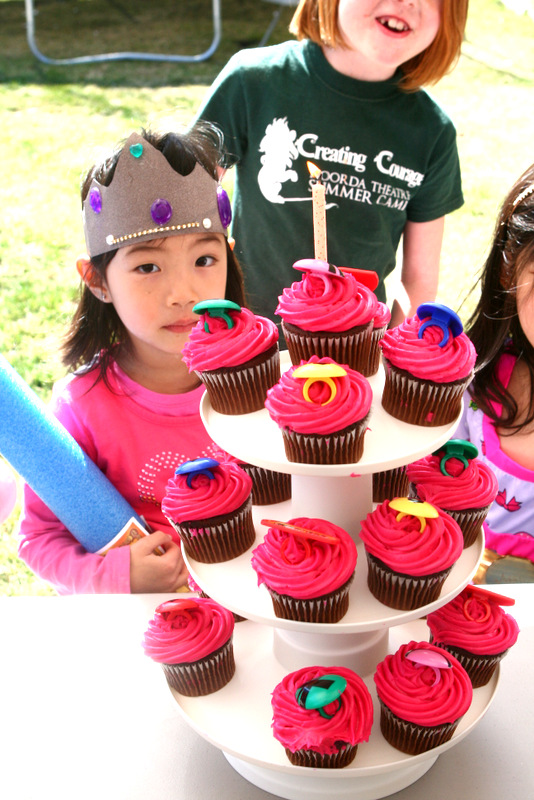 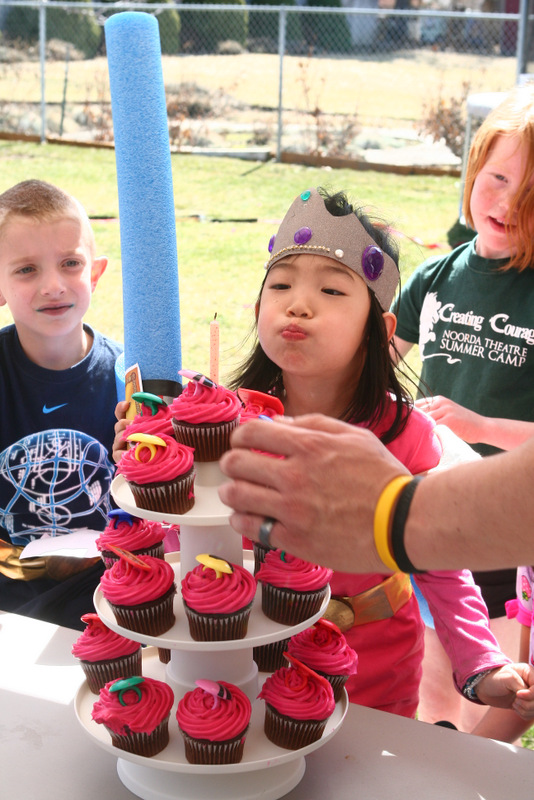 For the kids birthday parties I always set a budget of $100, and I went $30 over the budget with this party due to the high number of attendees(every single person we invited came to celebrate with us, all 15 of them!).  But I tell myself since I bought bulks of ingredients to make the food and snacks at Sam’s Club with lots of left over ingredients that we will use, it winds down to roughly $100. 😉
Ana’s sister Adi told me after the party that for her birthday party she wants a yellow Power Ranger birthday party.  So I might be doing this same exact party all over again, but in yellow!

*disclaimer: I googled “power ranger certificate” and found an image that I just printed for the certificate and the training camp signs my husband made with Photoshop.  I no longer send the certificate because I have no copyright of the image and feel dishonest if I send it out.  I get emails frequently about this and I had to turn down every single one, so please understand and I apologize about that!